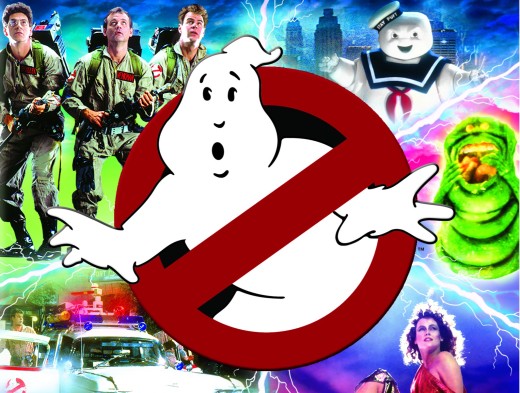 It was only about a year and a half ago that Ghostbusters and Ghostbusters II were released on Blu-Ray mastered in 4k. But don’t for a second think that that won’t stop Sony from dropping yet another release to try to maximize some of those dollars before Paul Feig’s NEW and IMPROVED Ghostbusters (Yes, that’s sarcasm) drops.

Take a look at all the specs and features below and decide for yourself if it’s worth the double dip. 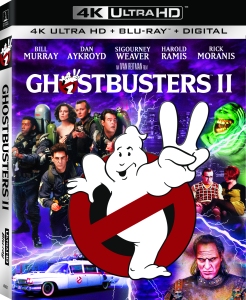 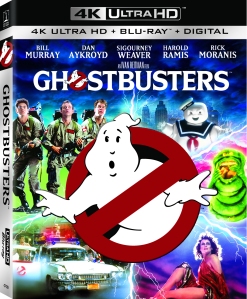 Two Classic Supernatural Comedies Like You’ve Never Seen Them Before

As two of the first Sony 4K Ultra HD disc releases, both films were fully restored from the 35mm original camera negatives, thereby utilizing in 4K the full resolution, detail and color depth inherent in the film. 4K Ultra HD is the perfect way to finally experience these comprehensive restorations at full 4K resolution in the home – it features four times the resolution of high definition, along with High Dynamic Range (HDR), which produces brilliant highlights, vibrant colors and greater contrast on compatible displays. Additionally, both films have been remixed specifically for the home theater environment with Dolby Atmos® audio, delivering captivating sound that places and moves audio anywhere in the room, including overhead.

Also, as part of the excitement surrounding the arrival of the new film, SPHE will release over 50 episodes of the iconic 1980s animated series, The Real Ghostbusters, on DVD July 7 and on Digital, from Ivan Reitman, DiC and Sony Pictures Television.

Ghostbusters: University parapsychologists Dr. Peter Venkman (Murray), Dr. Raymond Stanz (Aykroyd) and Dr. Egon Spengler (Ramis) lose a research grant when their experiment methodology is proven to be bogus. The team decides to go into business for themselves and open ‘Ghostbusters,’ a ghost removal service. After struggling to get on their feet, they are summoned to investigate the strange happenings in Dana Barrett’s (Weaver) Central Park West apartment. What they discover is that all Manhattan is being besieged by ghosts and other-worldly demons through a portal in her building.

Ghostbusters II: Supernatural superstars Peter Venkman (Murray), Dr. Raymond Stanz (Aykroyd) and Dr. Egon Spengler (Ramis) spring back into action when the infant son of Dana Barrett (Weaver) becomes the target of a powerful demonic force. Reunited with their industrious secretary Janine (Potts) and the nerdy, near-sighted Louis (Moranis), the ‘heroes of the hereafter’ must put a stop to an enormous underground river ready to rot the roots of the entire Big Apple.

GHOSTBUSTERS has a run time of approximately 105 minutes and is rated PG.

GHOSTBUSTERS II has a run time of approximately 108 minutes and is rated PG.