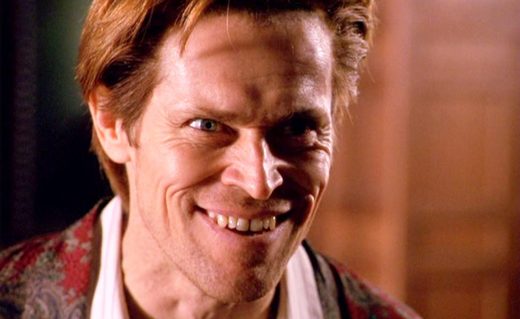 And another Spider-Man actor has jumped ship to Warner Bros DC Cinematic Universe. First it was J.K. Simmons taking on the iconic role of Commissioner James Gordon. Now we find out that Willem Dafoe will be added to the Justice League films too.

The Hollywood Reporter broke the news that the Green Goblin would be gliding over to WB’s answer to the Avengers films from Marvel Studios.

No word yet on who Dafoe will be playing but early word says that he’ll be on the side of the angels this time around. Other than that Warner Bros and director Zack Snyder are playing this one close to the vest.

Film details are sparse as well, We know that we’ll see the bigger DC Comics heroes like Batman (Ben Affleck), Wonder Woman (Gal Gadot) and Aquaman (Jason Momoa) amongst others teaming up to fight “a threat beyond each member’s capabilities.”

Warner Bros really needs to step up their game. After the turkey that was Batman V Superman: Dawn Of Justice they need to knock the next couple of films out of the park in terms of quality to justify spending all this cash on an all-star cast and the gigantic production costs of these films.

The first Justice League movie is scheduled for November 17, 2017 while the second part will be dropping on June 14, 2019.