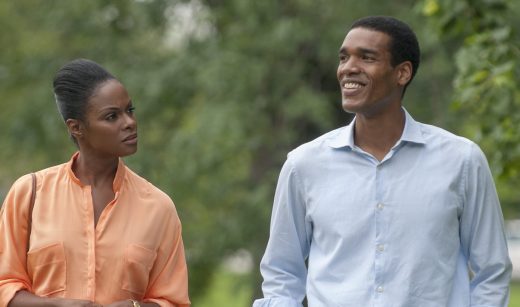 Written by Richard Tanne, who also makes his directorial debut, the film is inspired by the first date of Barack and Michelle Obama in Chicago in 1989. Parker Sawyers (Snowden, Zero Dark Thirty) and Tika Sumpter (Ride Along 2, TV’s “The Haves and Have Nots”) star as the future President and First Lady. SOUTHSIDE WITH YOU is produced by Robert Teitel (Men of Honor, the Barbershop franchise), Tika Sumpter, and Richard Tanne. Executive Producers are Stuart Ford, Matt Jackson, Glendon Palmer, John Legend, Mike Jackson, Carrie Holt De Lama, and Tracey Bing. Legend also produced and performs the end title song for the film, “Start.”

The film recently made its festival debut at the Sundance Film Festival and drew rave reviews. Variety said, “SOUTHSIDE WITH YOU stands as something unique, even audacious in American independent movies;” The Hollywood Reporter said the film is “perceptive, intelligent;” and Entertainment Weekly called the film “charming, soulful and sweet.”

Miramax’s Rosanne Korenberg, SVP Acquisitions & Co-Productions, has led the effort to land the title for MIRAMAX® as the European Film Market/Berlinale officially got underway, with WME Global and Deborah Zipser as General Counsel on behalf of IM Global brokering the deal. IM Global has been in protracted negotiations with U.S. distributors for the past few weeks since SOUTHSIDE WITH YOU’s successful Sundance debut.

Added Howard Cohen, co-founder and co-president of Roadside Attractions, “This charming film manages the remarkable feat of being both a warm and romantic love story and a beautifully imagined recreation of a moment in our cultural history.”

IM Global founder and CEO Stuart Ford said, “We are so thrilled to be partnering with Miramax and Roadside on this film. We have been very exacting in our efforts to choose the right distributor for such a special and unique picture, and Miramax’s and Roadside’s plans for the film very much match our own ambitions.”

Filmmaker Richard Tanne said: “For a ‘90s film kid like me, joining the great, ongoing Miramax legacy is a dream come true. That we also get to work with Roadside Attractions is the sweet cherry on top. We are honored and excited.”