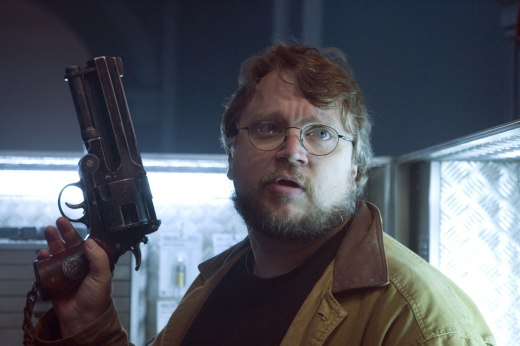 Even though he seems to have his fingers in a dozen different pies any time I hear news about a potential Guillermo del Toro project is reason to report it. And judging from the craziness of this project, it sounds like it might be one to root for.

A while back The Hollywood Reporter dropped news on GdT’s “next” project which would be an “otherworldly” love story set against the backdrop of the Cold War in 1963. Sally Hawkins, Octavia Spencer and Michael Stuhlbarg have been announced or said to be circling roles. But newer information may have recently come to light that makes this sound like a really weird (but good) flick.

The Tracking Board got word that Richard Jenkins (one of those actors you tend to see in everything but just can’t remember his name) is now in contention for a major role in the film which they say is titled The Shape Of Water. They also managed to get this description of the film and it’s basic plot:

… the fairytale, set in 1963, centers around Elisa (Hawkins), a mute janitor working at a lab where an amphibious man is being held captive. When Elisa falls in love with the creature, she devises a plan to help him escape with the assistance of her neighbor (Jenkins). The world outside of the lab, however, may prove to be more dangerous for the amphibious man than Elisa could have anticipated.

del Toro has proven he can do historically-backdropped fantasy films, with The Devil’s Backbone and Pan’s Labyrinth as great examples. And a mer-man would be a tame character compared to some of the creatures that have inhabited GdT’s films in the past.

As excited as I am for something like this, the filmmaker does have a bunch of projects already in the works so we’ll see if this gets priority before anything else. It’s being said that shooting for this will take place in August with a possible 2017 release date being eyed.