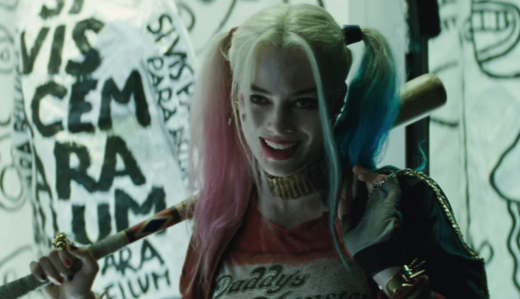 It looks like Daddy’s Lil Monster is ready to branch out on her own.

Word is that after Suicide Squad hits theaters Warner Bros is looking to branch out into a spinoff film starring fan favorite anti-hero Harley Quinn.

The kicker on this is that it wouldn’t be a solo film. Word floating around is that it would involve other female heroes and villains from the DC Universe. Batgirl and the Birds Of Prey have been mentioned in certain circles but it’s unknown as to how exactly they would be involved.

Warner Bros apparently already has a writer working on this and her name is currently being kept under wraps for now.

Sources tell THR that Margot Robbie was the driving force behind this project. When she got the part of Harley Quinn in David Ayer’s Suicide Squad she dove deep into the part and studied the comics intently. In the process she fell in love with DC’s female characters and brought the project (complete with writer) to WB who jumped at the opportunity.

It’s no shock that this is happening. Harley Quinn is for DC what Deadpool was for Marvel a few years back. She’s got a couple of different titles out there and her appearances are usually wacky fun. And after the success of the off-the-wall Deadpool film earlier this year coupled with the apathetic performance of Batman V Superman: Dawn Of Justice, I’m sure Warner Bros is looking for an easy win

She also looks like she’s the best part of Suicide Squad from what can be gleaned from the trailers. I wouldn’t mind seeing a Harley Quinn film, but I’m waiting to see how she plays out in the Suicide Squad first.

We’ll be able to judge for ourselves when Warner Bros unleashes Task Force X and Suicide Squad blasts its way into theaters August 5.