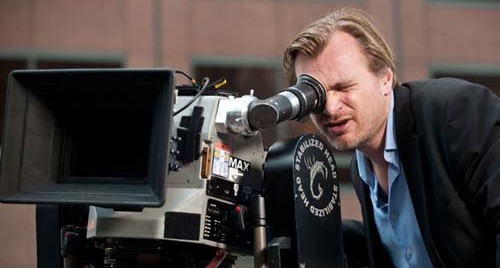 Christopher Nolan has been hard at work shooting Dunkirk for almost a month now and I’ve been hearing some interesting details from inside the production. Not surprisingly, the detail oriented director is shooting practically as much as possible, using real WW2 era warships at the site of the original battle in Dunkirk, France until the first week or July before moving to Holland, the U.K. and then Los Angeles.

For the unfamiliar, Dunkirk is the true story centering on the rescue of 330,000 British, French and Belgium Allied troops after Germany effectively cut off and surrounded them at the harbor of Dunkirk, France during World War 2. The operation, consisting of over 800 boats is considered by many to be the greatest military operation in the history of mankind.

A source tells me that Warner Brothers recently signed a five million dollar check to purchase a vintage WW2 aircraft, (possibly a German Luftwafee) which will be outfitted with IMAX cameras to be used in what are sure to be some impressive sequences in the film. And when they’re done, they are going to crash it.

Buying and crashing a five million dollar plane might seem lavish and outrageous, but the source tells me that internally Warner Brothers are expecting Dunkirk to perform similarly to Nolan’s surprise runaway hit Inception, which earned more than $825M at the box office in 2010. Does Nolan really need to destroy an important piece of history? Probably not. Will it look amazing? I’m certain it will, but in an age of convincing digital effects it seems a bit unconscionable to me.

Dunkirk is set for release on July 21, 2017, but I’m told we could get our first look via a teaser trailer attached to Suicide Squad on August 5th.