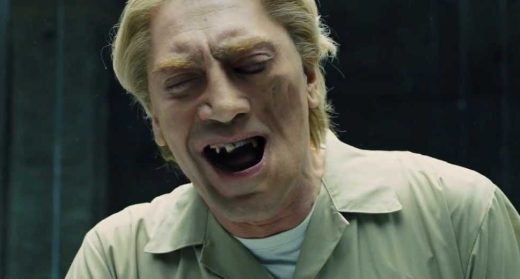 Universal is stocking it’s horror movies with some top notch talent in an effort to make their hopeful shared universe the best that it can be…and they haven’t done too shabby of a job. With Tom Cruise and Sophie Boutella in The Mummy, Johnny Depp signed on to star in The Invisible Man and Russell Crowe taking the role of Dr, Jekyll (as a possible Agent Coulson-type that will glue many of the films together) it makes you wonder who they’ll sign next.

And that question has been answered as Variety is reporting that Javier Bardem is set to star in the updated Frankenstein for the studio.

And while it would be cool to see Bardem as the mad scientist himself (his turns in No Country For Old Men and Skyfall show his cold, calculating villainous side oh so well), it was confirmed that the actor will be playing the patchwork creature brought to life by lightning and science.

Playing the creature requires a special talent. He won’t be conveying his emotions through monologues or deeply emotional speeches. He’ll need to get his point across with the bare minimum of facial expressions and body language, and that’s where I think Bardem will shine.

With the first movie, The Mummy, set to hit theaters next summer and set the tone for the future of the shared  universe we’ll see just what we’re in store for. Then we should get an idea as to where Universal is headed with these films. Until we’ll keep you updated as to any other major signings right here at IndieRevolver!