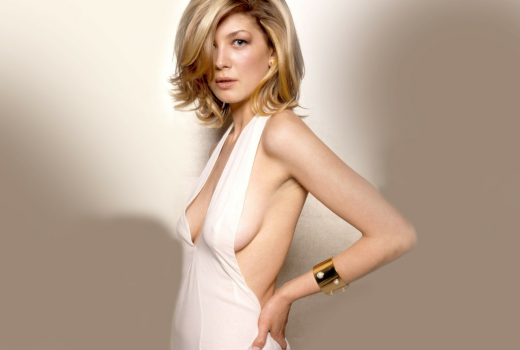 Rosamund Pike, star of the box office smash Gone Girl, is in talks to join the survival movie The Mountain Between Us, reports Variety. The actress would star opposite actor Charlie Hunnam.

The story is based on the novel by Charles Martin about two people who survive a plane crash in the mountains. Hany Abu-Assad will direct from a script by Scott Frank and J. Mills Goodloe.

The film is set to begin production at the end of 2015.

The reason for the late work is because both parties have a lot on their plate these days. Hunnam has his Shakespeare-by-way-of-Harley drama Sons Of Anarchy wrapping up and he’s tied to a number of projects that begin shooting early next year, such as Knights of the Round Table and A Prayer Before Dawn. And  Pike is expecting a child sometime in early 2015, so that takes precedence.