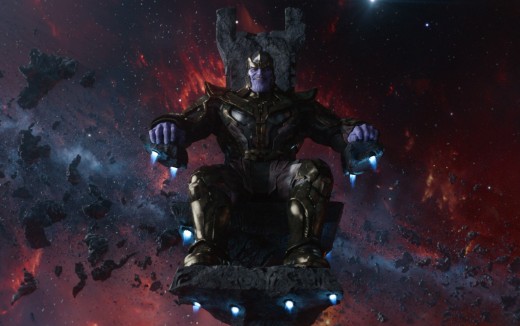 Earlier this year Joe Russo, co-director of Captain America: The Winter Solider, Captain America: Civil War and the upcoming Avengers: Infinity War films, said that they had a massive board with over 60 Marvel characters that were up for use in the final films of Phase Three in the Marvel Cinematic Universe.

But just because you have them doesn’t mean they’ll be used. In an interview with The Huffington Post, Infinity War screenwriters Stephen McFeely and Christopher Markus said that Russo’s comments were taken out of context and that the films won’t feature that many heroes.

“That number comes from the fact that that’s everyone who’s already been introduced” Markus said. “If you line up all the characters who are available to use from the prior Marvel movies, it racks up to about 60-something characters, let alone the new ones you could bring in.”

McFeely added, “We had our office filled with cards of everybody who was alive and available, and the [Russo] brothers came in and went, ‘Whoa.’ So that doesn’t mean that everyone is [in the movie], you know, there’s not going to be 67 lead parts.”

One person we can expect to see a whole lot of is Thanos. After being teased in the post-credit bumpers on both Avengers films and having a slight cameo in Guardians Of The Galaxy we can expect to see the Mad Titan (as played by Josh Brolin) to finally take center stage and prove why he is the biggest of bads in the universe.

“He’s never been the main character in that way, so giving lots of good screen time to Thanos is paramount and pretty fun,” McFeely said.

“There’s an aspect of, you know, people know what’s coming, so our challenge is how best are we going to handle this somewhat known quantity,” Markus said. “But also he’s barely been touched on. He’s at about 20 seconds of screen time [so far].”

We’ll know for sure just how many heroes it will take to tackle a mad god-like being bent on the destruction of all creation when Avengers: Infinity War, Part 1 hits theaters May 4, 2018.