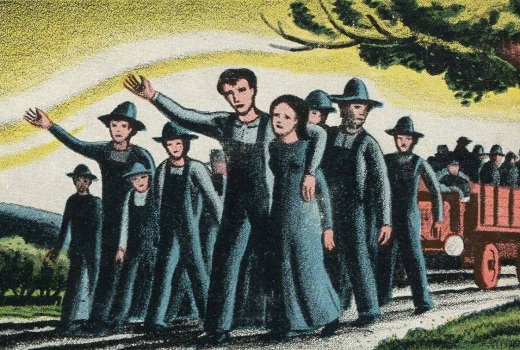 It seems like everybody in Hollywood is joining the cast of the new James Franco film In Dubious Battle, an adaptation of the 1936 John Steinbeck novel that was written for the screen by Matt Rager.

Added not too long ago was Nat Wolff, a young man who starred in Palo Alot, which was an adaptation of a book of short stories by James Franco. Wolff will be taking the lead role, a role originally thought to be played by Franco himself.

More recently another slew of stars were added to the cast. Zach Braff and Josh Hutcherson were just cast to the period drama, as were Analeigh Tipton, Ashley Greene and Ahna O’Reilly.

In Dubious Battle tells the story of a labor conflict between migrant apple pickers and the local growers’ association in California in the early parts of the 20th century. Jim Nolan (Wolff) becomes involved in the labor movement and matures as he learns what it’s like to be a fieldworker.

Shooting for the film has already begun in Georgia.