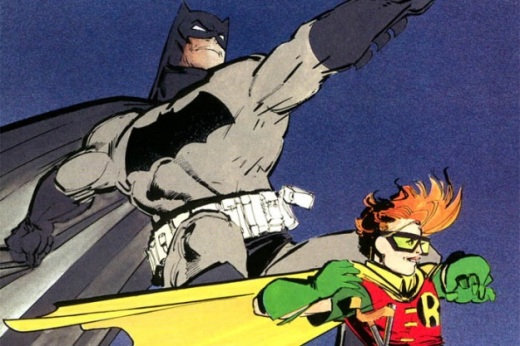 We haven’t even gotten the first issue of Dark Knight III: The Master Race and a sequel is already in the making according to comic book legend Frank Miller.

Miller spoke with Newsarama and still feels like there’s more story to tell in the Dark Knight universe that he created back in 1986.

When DC Comics announced DKIII they said it was the concluding chapter to the epic trilogy. I think it was an olive branch to the fans for the abomination that was The Dark Knight Strikes Again and the horrendous way that the All-Star Batman And Robin The Boy Wonder series ended up. There was no need to create a sequel to The Dark Knight Returns, one of the greatest Batman stories ever.

I’m hoping this isn’t a cash grab and that this announcement is due to DC really loving what they’ve seen from DKIII. I’m hesitant to call it a quadrilogy because there will likely be a fifth volume when the mood strikes Miller. I just wish he’d waited to announce this after a few issues of DKIII were out. I can’t honestly say I’m looking forward to a fourth installment without even having the chance to read the first issue of the third.

While DC hasn’t confirmed that there will be a fourth series they are at least looking at expanding the Dark Knight universe. Dark Knight Returns: The Last Crusade is a planned one-shot written by Miller and Azzarello with art by John Romita, Jr. that supposedly fills in some backstory of the original 1986 tale (which I also feel is wholly unnecessary).