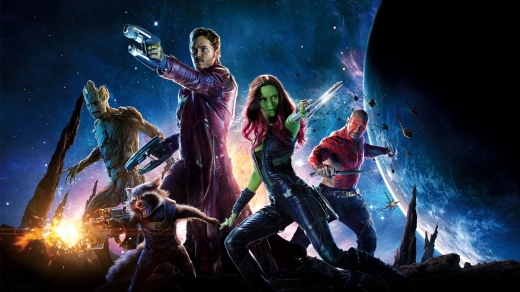 Marvel Studios has big plans. Their ambition was shown back when they unveiled Phase Three just around the time Phase Two of their shared movie universe was winding down. But Phase Three hasn’t even officially begun and already we’re hearing rumblings of what to expect in Phase Four – and not surprisingly the popular Guardians Of The Galaxy franchise is included in those plans.

In an interview with IO9, Marvel Studios president Kevin Feige said that a third installment to the space-faring films is more than likely going to happen:

We’re only working on what’s been announced through the end of 2019…and it is still a big chess board for 2020 and beyond, but certainly I would say Guardians 3 is [one film that’s] up there. I don’t know what exactly the order will be.

We do know that Marvel Studios has already planted flags in three dates for 2020: May 1, July 10 and November 6. A third Guardians film could slide right into one of those spots very well, especially if the crew make an appearance in the Avengers: Infinity War films and fans want to see a continuation of their story.

Those spots could go to other films though. Depending on how well their first films go we could see sequels for Doctor Strange and Black Panther get fast tracked like the Ant-Man sequel did.

Another factor could be direction. James Gunn, the man behind the camera for the first two GOTG films has said that he doesn’t know for sure if he’ll be back for a third. If another Guardians movie does come about and he’s not involved I hope he has a hand in choosing his replacement (as this would most likely smooth things over for the fans worried about a possible major change in tone or characterization).

For now I’m eagerly awaiting Guardians Of The Galaxy Vol 2, set to rocket into theaters May 5, 2017.