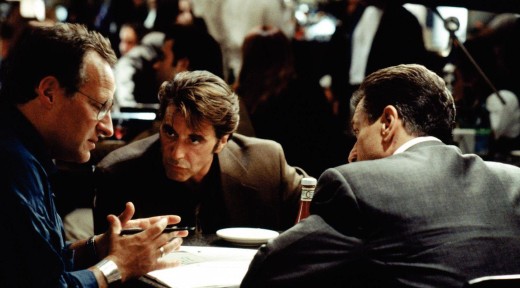 Michael Mann is a terrific director, which is why a blip on the radar like Blackhat can be forgiven considering all of the good he’s given us. And it looks like he’s working his way back into form with his next project – a prequel to his 1995 crime masterpiece Heat.

The news came from Deadline, which also got word of the filmmaker starting his own book house, Michael Mann Books. The prequel will come out as a novel first before being adapted for the big screen.

It’s being said that Mann will work with a stable of writers and that all of the work that comes out under the imprint will also be adapted for television and/or cinematic release. The director will most likely share credit on a number of the books being published, which will cover both fiction and non-fiction.

The Heat prequel will focus on the early years of characters like Al PAcino’s Lt. Vincent Hanna and Robert DeNiro’s criminal Neil McCauley amongst others.

Mann worked on Heat for a decade before finally getting to see it realized. He did extensive research and based the relationship between Hanna and McCauley on their real-life counterparts Det. Chuck Adamson and an ex-Alcatraz inmate named Neil McCauley. He probably has enough stories and material to make a few films at this point…but I’m happy just getting one right now.

The prequel is apparently a major priority for Mann at the moment, so while no release dates have been talked about yet I’d expect to see movement on it sooner rather than later.