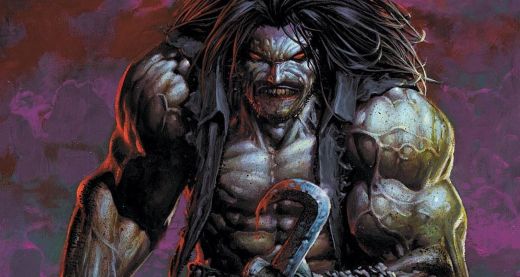 It looks like Jason Fuchs is doing something right over at Warner Bros, as the studio has tapped him for another Dc comic adaptation and his third film with the studio overall.

The Wrap has sources that say the Pan and Wonder Woman scribe will now pen the adventures of everyone’s favorite “bastich” Lobo.

The character Lobo, the last of his race due to them being extremely violent and everyone killing everyone else until he was the only one left, came into popularity in the 90s as a intergalactic biker anti-hero. While the alien has been primarily tied to Superman he has been known to harass other corners of the DCU, including Hell.

Writer Don Payne took a shot at the script all the way back in April 2012 but it’s said that Fuchs will start from scratch and write a brand new story. Brad Peyton has been attached to direct for some time now.

No official word has come from Warner Bros yet regarding this project. Odds are good the studio is trying to figure out where to shoehorn this into their existing schedule of films or if they want to wait until the Justice League films come out (essentially putting this in WB and DC’s version of Phase Two).

As soon as we find out anything new regarding the last Czarnian we’ll let you know right here.