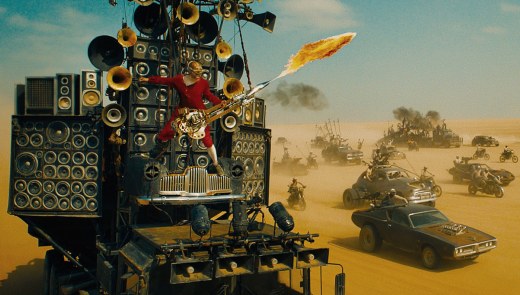 Well this is kind of a shock.

Even before Mad Max; Fury Road hit theaters, director George Miller expressed his intent to return to the character in sequels. He said he had plans for Max and breakout character Imperator Furiosa. He even talked about it as late as a week or so ago.

But it would seem like something has soured the filmmaker on his greatest creation, as he told Page Six that he’s done with Mad Max:

I’ve shot in Australia in a field of wild flowers and flat red earth when it rained heavily forever. We had to wait 18 months and every return to the US was 27 hours. Those ‘Mad Maxes’ take forever. I won’t do those anymore.

It was a labor of love to get this last film done, taking over a decade from development to finally hitting the screen. But Miller showed no signs of fatigue, even getting a script for the sequel written while waiting for conditions to be perfect for filming Fury Road.

Recently Miller has also expressed interest in doing something smaller in scale, but when he said that I didn’t think he’d be giving up on the Mad Max franchise altogether.

If this is the end of George Miller directing Mad Max films, at least he went out on a high note.