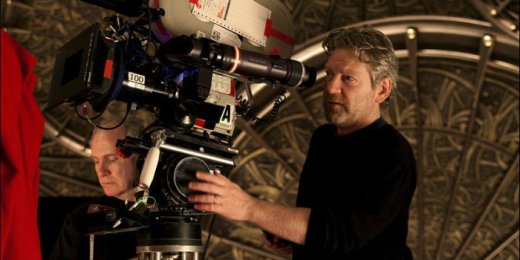 Looking for a lead actor who can read your mind and do everything you want is a godsend for directors. So it helps when a film’s director is also its star, eliminating the need for telepathy.

Deadline reports that is the case for the upcoming Murder On The Orient Express remake, as director Kenneth Branagh has also been signed to star as detective Hercule Poirot.

The original 1974 film and novel by Agatha Christie is a classic mystery tale. On a train stranded in a snowstorm a passenger is murdered. It falls on Poirot to find the killer, which proves difficult as many on board had both motive and opportunity to kill the deceased.

Branagh is no stranger to being on both sides of the camera for a project. He won Oscar noms for directing and acting for Henry V and proved a worthy foil for Chris Pine while also helming Jack Ryan: Shadow Recruit.

This remake has been percolating at FOX for a few years now, but with Branagh as the director and lead and Michael Green (screenwriter for Blade Runner 2) penning the adaptation this time around, the film looks to be heading in the right direction to finish casting and start production sometime in the near future.