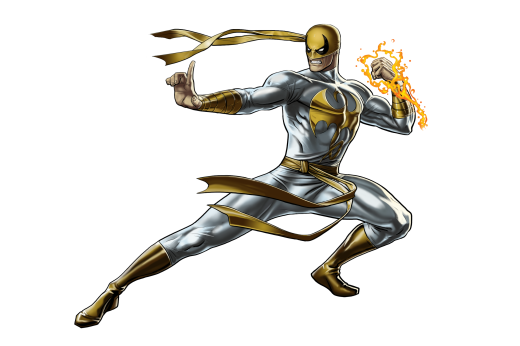 We’ve got two Marvel / Netflix series out so far (Daredevil and Jessica Jones) and both have arrived to rave reviews from critics and fans alike. Two more were announced but are yet to debut – the currently filming Luke Cage and the still-in-development Iron Fist. News on Iron Fist has been slowly trickling out, but today may as well have been a dam breaking as we learned of a writer for the series and that a leading man may have already been chosen.

First up is the writer. On Twitter, Jessica Jones writer Scott Reynolds updated his background to include the kung-fu hero as well as describe himself as the current Iron Fist writer. There hasn’t been any official announcement, but something is better than nothing at this point where Iron Fist is concerned.

Most interesting is that apparently the choice for Danny Rand, the Iron Fist himself, has been finalized. Mike Colter, who has played Luke Cage in both Jessica Jones and his self-titled series, spoke with Collider regarding who will play Cage’s fellow Hero-For-Hire:

The actor has been cast, but he’s in a basement somewhere. When the time is right, they’ll let him up and tell him where he is. I am [excited]. I’ll get a nice little break, after doing Jessica Jones and Luke Cage. Whether I’m in [his show], I don’t know, but there’s The Defenders.

Comic book fans know that Luke Cage and Danny Rand are near-inseparable best buddies known as the Heroes For Hire. Could Colter know who is playing Danny because he cameos on Luke Cage, starting the budding friendship that will eventually lead into a lucrative business? And could the reason that Colter gets a break be because the Iron Fist series is a straight-up origin set in the mystical city of K’un Lun?

As soon as we get more concrete details we’ll post them here!