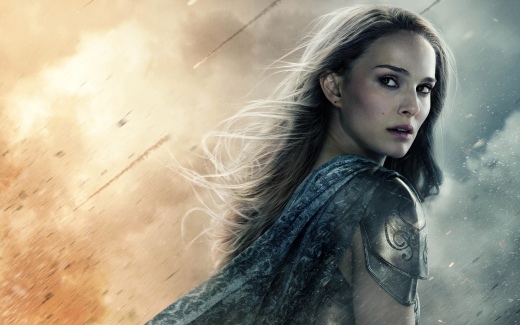 The writing has been on the wall for a while now but it looks like Natalie Portman’s time in the Marvel Cinematic Universe is at an end. Word around the campfire for a while has been that Jane Foster would not be appearing in Thor’s upcoming third adventure titled Thor: Ragnarok and now in a new interview with The Wall Street Journal Portman seems to confirm that rather than the academy award winner being done with the MCU, the MCU is done with her:

Something about this does not pass the sniff test to me. I can’t for a minute believe that Marvel would choose to walk away from having an actress of Portman’s caliber in their stable of other Oscar winners. I immediately assumed that this story was going to be that Portman was dragging her feet about returning due to her wanting to pursue more traditional non-superhero films. Then again, the direction they’ve been going since Jane Foster was established kind of leaves her out. The character is kind of an albatross for Thor’s solo adventures and the MCU’s larger story arcs in general. Who knows, with Jane Foster swinging Mjolnir around in the comics we could maybe see Portman taking a much larger role in MCU future.

Perhaps that’s the plan for Avengers 7…