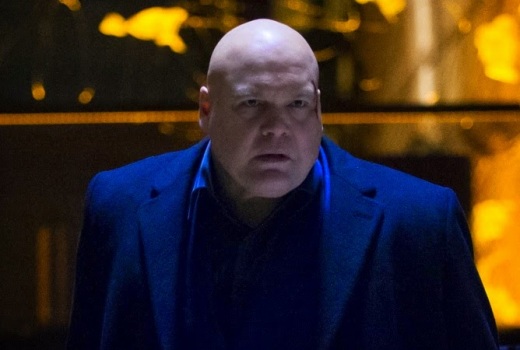 So it looks like Vincent D’Onofrio is setting us straight as to his role in Antoine Fuqua’s upcoming remake of The Magnificent Seven. The actor recently took to Twitter and posted the following:

HEY FOLKS! The report I’m playing the baddy not true. I’m one of the #THEMAG7 a great role. V.

So there we have it. After playing one of the best villains ever in Wilson Fisk a.k.a. The Kingpin on Netflix’s Daredevil, D’Onofrio goes back to the side of the angels and fights the good fight for the underdog. As long as he’s in it, I’m sure whatever role he plays, he’ll master.

Antoine Fuqua has chosen his villain for the upcoming Magnificent Seven remake, and it’s someone who seems to be relishing the darker roles lately. Variety reports Vincent D’Onofrio has just signed on to play opposite Denzel Washington in Fuqua’s western project.

D’Onofrio has been taking on some villainous roles as of late. He’s appearing in the Netflix series Daredevil as the ruthless crime boss Wilson Fisk, better known as The Kingpin. And he’ll also be in an antagonistic role in the upcoming summer blockbuster Jurassic World.

Antoine Fuqua’s Magnificent Seven is a remake of the 1960 western of the same name starring Yul Brenner, which itself was a reimagining of the 1954 Akira Kurosawa classic Seven Samurai. The newest incarnation has a script written by True Detective creator Nic Pizzolatto with rewrites by John Lee Hancock.

In the film, a ruthless gold-minig baron (most likely D’Onofrio) and his thugs take over a small town. When opposed, they kill one of the men in the town. His widow (actress Haley Bennett) hires a bounty hunter (Washington) to drive the bad guys out of the town for good. The bounty hunter rounds up a team of six more men to help get the job done.

Even though no release date has been set, production is slated to start in the next month or so. This means we should expect more cast updates to round out the rest of the Seven hopefully soon.