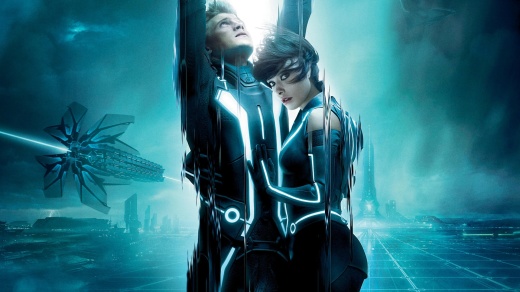 After all the hype and all the supposed deals that were made, it looks like Disney is not moving forward with the third Tron film, which was tentatively titled Tron: Ascension.

According to The Hollywood Reporter, even though preparations had begun and production was looking for a fall shoot in Vancouver, the project was never officially greenlit.

Disney had the idea for a sequel to the sequel after Legacy grossed $400M worldwide on a $170M budget.

Reports were coming from many different outlets that stars like Garrett Hedlund and Olivia Wilde were set to return and Tron: Legacy director Joseph Kosinski was set to helm. Other names bandied about were Jared Leto and Olivia Munn – but that doesn’t really matter anymore as the project is now on the shelf.

No reason was given for the cancellation. It could be that Disney sees the upcoming slate of animated-to-live-action films that they have in the works and doesn’t feel like a third Tron film would really fit in.

The live-action adaptations have been like printing money for the House of Mouse. Last year’s Maleficent did gangbusters and Cinderella has grossed over $500M worldwide so far. On the opposite end of the spectrum, Tomorrowland did $33M this weekend, sorely underperforming.

Could the apparent failure of Tomorrowland have had anything to do with this decision? What do you think IR readers? Are you let down that the Tron saga has stopped for the moment? Give us a shout and let us know!