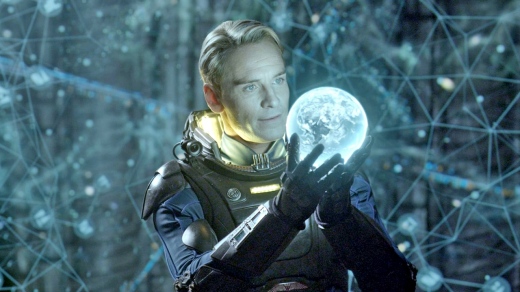 Critics be damned, Ridley Scott will finish what he started.

The director recently did an interview with German website Filmfutter (which Coming Soon saw and translated) in which the he was asked about whether or not Prometheus would ever intersect with the Alien franchise directly:

Yes, but it won’t be in the next one. It will be in the one after this one or maybe even a fourth film before we get back into the Alien franchise… The whole point of it is to explain the Alien franchise and to explain the how and why of the creation of the Alien itself. I always thought of the Alien as kind of a piece of bacterial warfare. I always thought that that original ship, which I call the Croissant, was a battleship, holding these biomechanoid creatures that were all about destruction.

So Scott is planning on a real saga here.

Keep in mind this was translated from English to German and back to English so some things may have been lost in translation, but it’s hard to mess up the intention of at least two more sequels. At least Ridley Scott is sticking to his guns and finishing the story his way.

I’m hoping this announcement won’t hinder the fifth Alien movie any longer than it has to. Rumor is that the Prometheus sequel, which is set to start shooting this January with Michael Fassbender and Noomi Rapace returning, is holding up production on the next Alien movie which has Neill Blomkamp attached to direct.

While the second film is slated to be Ridley Scott’s next project, no word from FOX has come out regarding a third and fourth film. This might be the director’s way of forcing the studio’s hand to commit to more films sight unseen. We’ll probably have to wait and see how the second film performs at the box office before we get word on any further installments.