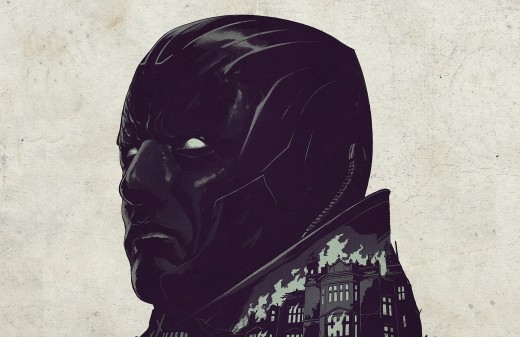 One of the coolest things about San Diego Comic-Con is that the best stuff is sometimes what you get handed for free.

Case in point, fans at SDCC were treated to not only a panel about FOX’s upcoming mutant film X-Men: Apocalypse, they were also given this cool poster: 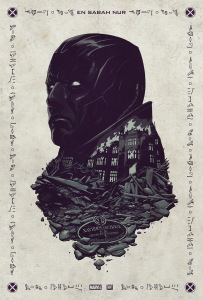 The imagery is subtle yet striking. The Xavier School aflame and torn down brick by brick, all in the shadow of Apocalypse? How very devastating.

Also at SDCC, director Bryan Singer debuted about five minutes of footage shot so far. The sizzle reel was from very early in the shoot, so the reports said that there wasn’t much in terms of special effects or powers being used. But from what people are saying, Oscar Isaac looks amazing. When his character En Sabah Nur, also known as the mutant Apocalypse, hits the screen you get the feeling this will be the mutant’s hardest fought battle yet.

We do see a lot of character interaction. Storm is said to look dead-on like her 1980’s mohawked version. We see Nightcrawler. Psylocke is also shown, and she appeared to be rocking her old-school comic outfit.