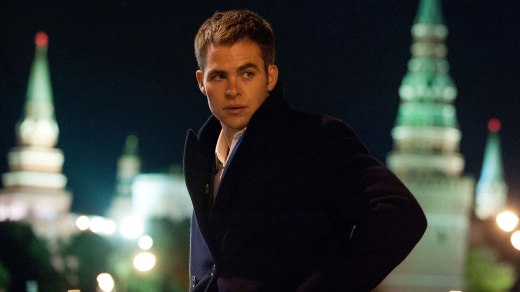 After a critically panned reboot, the Jack Ryan character was thought to have run its course. But it’s not over until all other avenues have been exhausted, and if it doesn’t work on the big screen the next step is to go smaller.

Deadline reports that the character made famous in several novels by author Tom Clancy will find a new home on TV. Television visionary Carlton Cuse and Lost writer Graham Roland came up with the concept that is currently being shopped around. Cuse and Roland will also serve as executive producers along with Michael Bay.

The show will use the Clancy novels as a roadmap but they won’t be direct adaptations. Word is that it is set to showcase Jack Ryan in his prime in the present day, keeping America safe from all manner of threats.

It’s being said that multiple networks have shown interest in the concept.

Jack Ryan has been portrayed by four actors over five films. We’ve seen Alec Baldwin, Harrison Ford, Ben Affleck and most recently Chris Pine as the CIA operative. No word has surfaced yet on who is being looked at to star in this current adaptation.