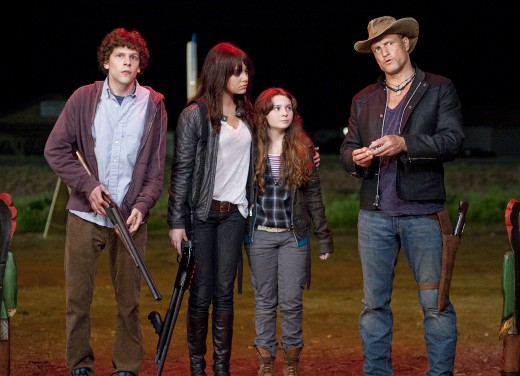 When Zombieland firs hit in 2009 it took the movie world by surprise. It was a critical and commercial success and a sequel seemed imminent.

Fast forward seven years and that sequel seems less and less likely. Almost two years ago it was said that another installment in the zombie-comedy-road trip series was on the fast track but nothing has come of it.

Recently The Playlist caught up with Rhett Reese (co-writer of the first film and co-writer of the insanely popular Deadpool) and he confirmed that the sequel is still getting made:

It’s actually still in development at Sony, they’ve had a couple writers take a crack at it, we’re still exec producers and we’re guiding and helping where we can and I think there’s still very much talk about it, but I think it has to be right. I think all the actors and [original Zombieland director] Ruben [Fleischer], all feel like there’s no reason to do it again if we’re not getting it exactly right.

Last anyone heard David Callaham, a writer on the first two Expendables movies, was writing the movie for Fleischer. But that was about it.

It’s not like any of the original principal players are really hurting for this to get made. It would be cool to see them all a few years down the road in a world still dominated by zombies. And if you can’t get them all to come back you could always say they got eaten.

I’d personally love to see another movie, especially after the series for Amazon fizzled…but I’m not going to hold my breath for it.