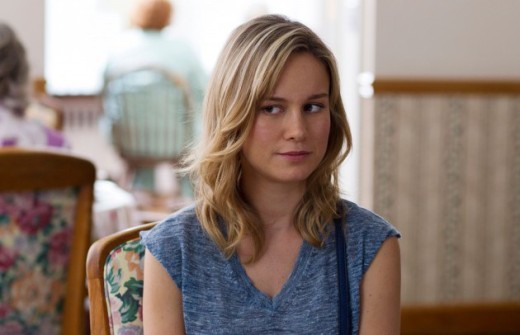 She proved she can outsmart and escape a psychopath kidnapper but how will she handle the reaches of outer space?

We may find out soon enough as Brie Larson’s name has emerged as the frontrunner for Captain Marvel, the first female-led superhero film from Marvel Studios. While nothing is concrete Variety reports that Larson is the studio’s first choice and the Oscar winner is highly considering taking the role.

The film will focus on Carol Danvers, an air force pilot who is fused with alien DNA during an accident. Soon she finds she has the powers of flight, super strength and energy projection.

Larson would be an amazing catch and another feather in Marvel’s cap as far as quality actors go. I’m not saying that the actors that came before like Robert Downey Jr., Chris Evans, Chris Hemsworth and Scarlett Johansson aren’t talented but with recent signees like Chadwick Boseman as Black Panther and Benedict Cumberbatch as Dr. Strange this is just another sign that Marvel Studios is looking to think outside the box when it comes to their stars in Phase Three.

It was reported a few months back that UFC fighter Rhonda Rousey was looking to be cast as the titular space-faring superhero. This was more wishful thinking on Rousey’s part as it was highly unlikely Marvel was going to go with an untested commodity (and terrible actress – J.C.) in a project that will be sure to have all eyes on every step of it’s process.

Carol Danvers in her big screen debut. No director has been named as of yet but that’s not a huge concern. Rumor was Marvel Studios wanted to have the character cast well in advance of the film in case they wanted to introduce her in another movie before her solo film drops.