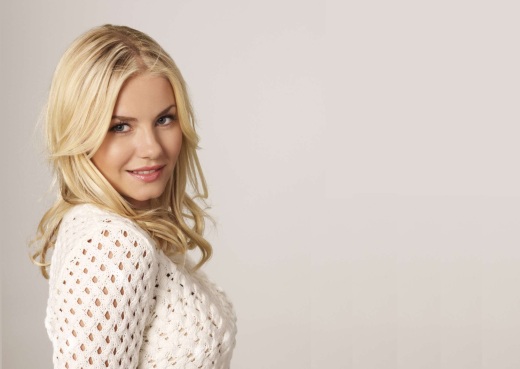 She better sharpen her skates, because Elisha Cuthbert has joined Goon: Last of the Enforcers.

Cuthbert, may be best known for her time as Kim Bauer on FOX’s hit action-drama 24, but she certainly has a comedic side as evidenced by her outstanding and consistently hilarious work on ABC’s criminally underrated Happy Endings. She also starred opposite Emile Hirsch in the hilarious and touching Girl Next Door, as well as NBC’s One Big Happy.

According to The Hollywood Reporter, the actress has signed on to join the cast of the sequel to the 2011 sports comedy starring Seann William Scott as hockey player / professional goon Doug “The Thug” Glatt.

Jay Baruchel, who co-wrote and played a supporting role in the first film, makes a comeback to do the same as well as direct.

The film will follow Glatt and his team, the Halifax Highlanders, as they meet up with a host of other players during a pro hockey lockout.

Cuthbert should have no problem fitting into the hockey world of Goon, having been married to professional hockey player Dion Phaneuf since 2013.