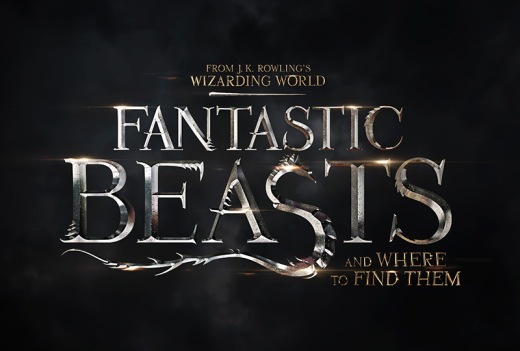 It’s hard to believe that the Harry Potter prequel story Fantastic Beasts and Where to Find Them is just about a year away. With Oscar Winner Eddie Redmayne leading the way as magizooligist Newt Scamander and taking place a good 80 years or so before the popular boy wizard’s story, this film is going to show HP fans all sorts of new things that weren’t shown to us in the first eight films of the original franchise series.

Entertainment Weekly recently got the scoop on the film with some excellent shots of Redmayne, Katherine Waterson, Dan Fogler and Alsion Sudol but they also dropped a few juicy tidbits about what Potterphiles can expect to see.

First are the photos. Redmayne takes center stage on the new cover (and there’s even a look at the cover without all those pesky words cluttering up the scene), looking every bit as dapper and daring as a wizard of his is expected to: 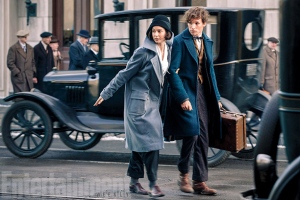 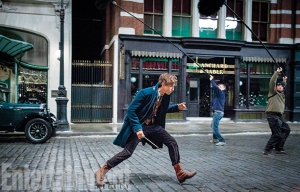 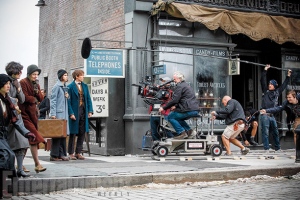 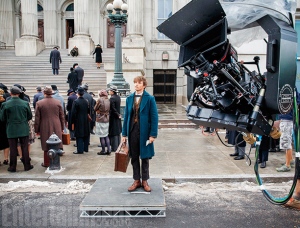 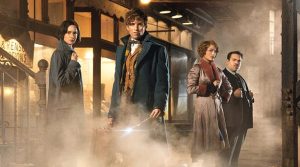 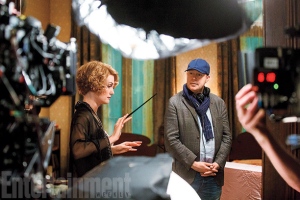 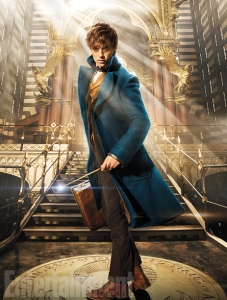 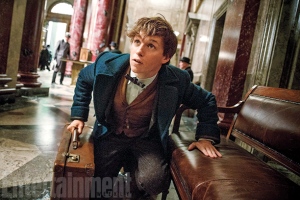 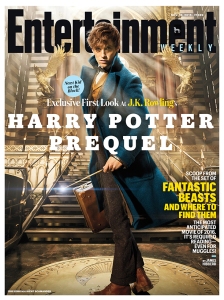 As far as plot details go, one of the more interesting things learned is that we’ll get to see Redmayne’s Newt Scamander interact with his American counterparts. He’ll visit the Magical Congress of the United States of Amercia (or MACUSA), the equivalent to Britain’s Ministry of Magic.

Fantastic Beasts and Where to Find Them is currently filming with Harry Potter veteran director David Yates behind the lens. We can expect this film to magically appear in theaters on November 18, 2016.